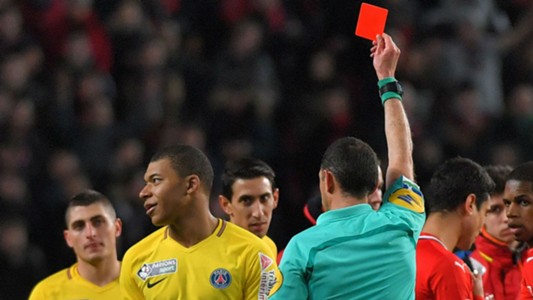 Paris Saint-Germain star Kylian Mbappe received the first red card of his career on Tuesday, as his side barely held on to defeat Rennes in the Coupe de la Ligue.

With 30 minutes left in the match and PSG up 3-0, Mbappe put his studs into the calf of Rennes winger Ismaila Sarr.

The 19-year-old was initially shown a yellow card but following a video assistant referee review, the call was changed to a straight red. 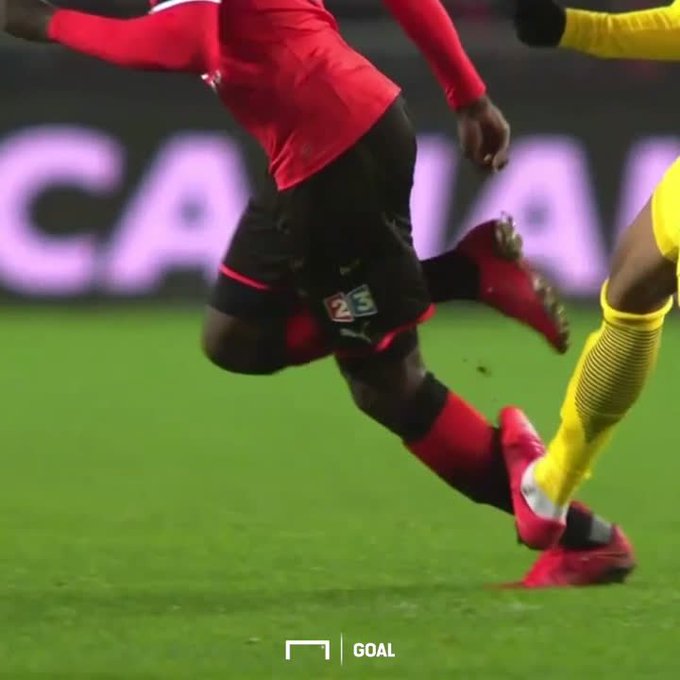 Mbappe picked up the first red card of his professional career in his 87th game between Monaco and PSG.

“VAR avoids injustices. That’s a good thing. I went to see him [Sarr] and apologise.

Goals from Thomas Meunier, Marquinhos and Giovani Lo Celso had put PSG in a commanding position. However, buoyed by the man advantage, Rennes nearly completed a famous comeback with two goals in the closing stages.

New signing Diafra Sakho got Rennes within striking distance in the 85th minute with a goal in his debut. Sanjin Prcic added a second in stoppage time, but ultimately Rennes fell short in a 3-2 defeat.

PSG advanced to the Coupe de la Ligue final for the fifth consecutive season with the victory.