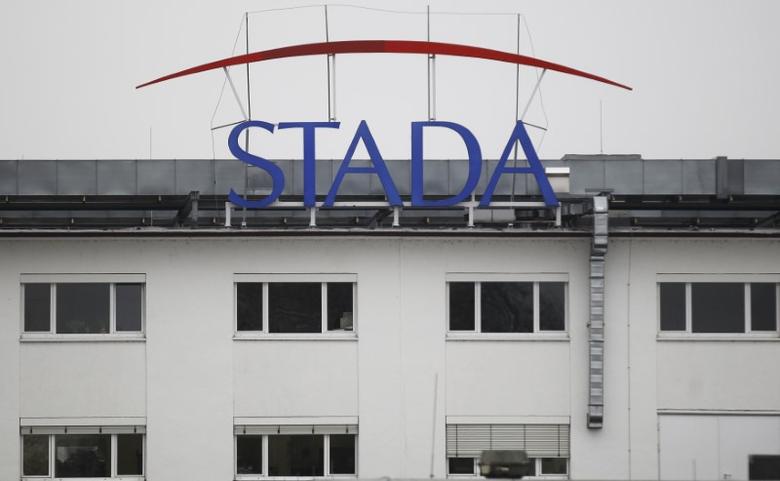 Buyout groups Bain Capital and Cinven must wait over the weekend to see whether their takeover bid for the German generic drugmaker Stada (STAGn.DE) has been successful, two sources familiar with the situation said.

The tender offer for the agreed 5.3 billion euro (4.63 billion pounds) deal at 66 euros per share ran through to the end of Thursday, June 22, and was made conditional on securing 67.5 percent of the shares in the drugmaker. By late Friday, they had not announced the threshold had been crossed.

“We’re not yet there. But hope springs eternal,” one source told Reuters.

By Thursday at 1030 GMT 45.3 percent of the shares had been tendered, the buyout groups said, 22 points short of the required minimum.

Even though institutional investors typically tender shortly before the deadline, the bidders have grown increasingly uneasy about the slow uptake, sources close to them have told Reuters.

Shares in Stada closed at 63.76 euros on Friday, under the offer price of 66 euros a share.

The bid is nevertheless widely regarded as attractive, given the premium of 49 percent over the share price before initial reports emerged that a takeover was on the cards.

Bain and Cinven had vied fiercely with a rival consortium comprising Advent and Permira for control of Stada.

Many buyout firms are flush with cash after recent divestments and cheap borrowing costs and they are particularly attracted to healthcare assets for their reliable cash flows that are immune to swings in the business cycle.

In early June Bain and Cinven lowered the minimum acceptance threshold from 75 percent and postponed the cut-off date by two weeks.

A relatively large 27 percent of shares are held by individual non-professional investors, many of whom are elderly, according to the sources.

Only about half of these retail investors are expected to tender, with the rest expected to ignore or forget letters from custodian banks informing them of the offer.

Some custodian banks may take longer to notify Stada and its suitors of the shares tendered, meaning it may be Monday or Tuesday before the last shares arrive.

“Some banks still send them in the post,” one investment banker said.

Complicating things further for Stada’s suitors, index tracking funds that cannot tender are seen as holding about 12 percent of the shares.

While German takeover rules bar Bain and Cinven from amending their offer a second time, they could make a renewed bid with Stada’s approval within a year of the first attempt failing.