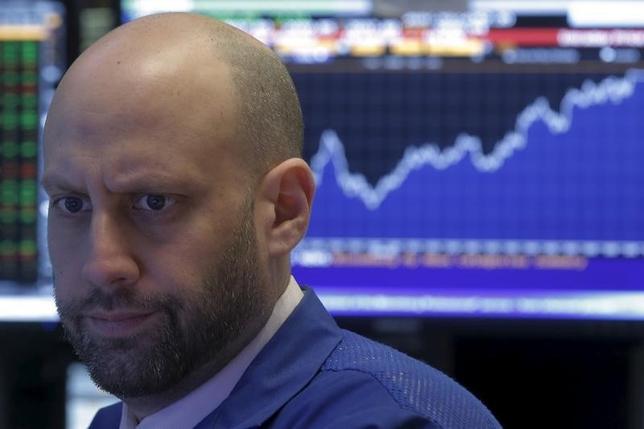 U.S. funds recommended a cut to equity allocations in April to their lowest since the financial crisis, and an increase to alternative investments to the highest since that time as well, a Reuters poll showed on Friday.

Non-traditional instruments, such as derivatives and commodities, have become more attractive to asset managers this year. Wild gyrations in financial markets earlier this year pushed many to look outside of stocks and bonds for returns.

The poll of 13 U.S. fund managers running model global portfolios cutting equity allocations to just 51.1 percent, the third straight monthly downgrade to this category by the survey panel so far this year.

That figure has not been lower at any point across comparable records that began in 2007.

Fund managers added to alternative investments for a third month in a row, with the allocation rising to 6.8 percent from 6.2 percent the previous month.

But recommended allocations to bonds, cash and property were unchanged from the previous month.

A regional breakdown showed a fall in allocations to North American stocks in April for a second consecutive month, to 64.2 percent, the lowest in a year.

Within the fixed-income portfolio, fund managers kept their recommendations largely unchanged from the previous month with North American bond allocations at 66.2 percent.

Plenty of doubt remains about the U.S. Federal Reserve’s likely monetary policy path even as the central bank left the door open this week for a June rate hike.

Data released on Thursday confirmed that U.S. economic growth nearly stalled in the first quarter, growing at a paltry 0.5 percent annualized pace, braking sharply from an already-lackluster 1.4 percent. But most expect a pick-up in activity given that the labor market remains strong.

“I’m looking for a firming economic outlook going into the second half of the year, and I think that’s going to create some opportunity,” said Alan Gayle, senior investment strategist at RidgeWorth Investments.

“We remain cautiously optimistic that the economy and earnings will re-emerge from the 2015 soft patch and finish the year higher,” he said.