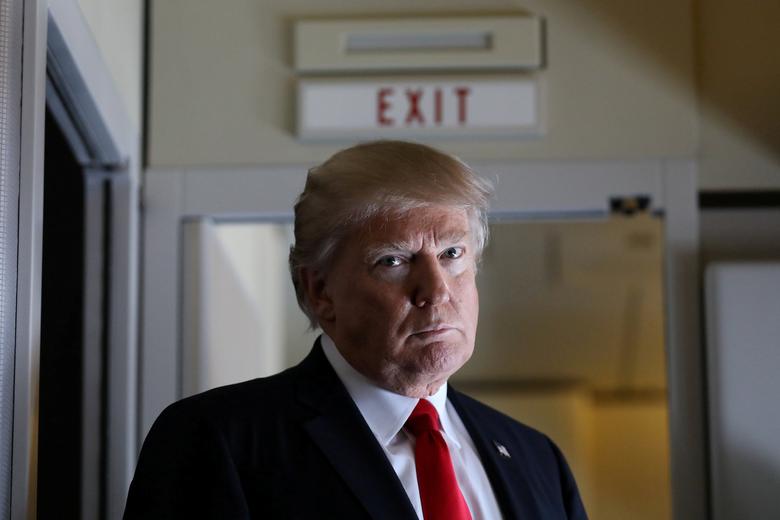 U.S. President Donald Trump will play a round of golf with Japanese Prime Minister Shinzo Abe in Florida this week and says he will make sure the Japanese leader is his partner in the game, rather than a competitor.

Trump, who is due to welcome Abe at the White House on Friday, told Westwood One Sports Radio that playing golf was a better way to get to know someone than having lunch.

“We’re going to have a round of golf, which is a great thing,” Trump said in the interview on Sunday, according to a transcript made available by the White House.

“That’s the one thing about golf – you get to know somebody better on a golf course than you will over lunch.”

Asked if he would have a bet on the game, which is expected to be played at Trump’s Mar-a-Lago private resort on Saturday, the U.S. president replied: “I don’t know. I think – I know he loves the game, and we’re going to have a lot of fun. It won’t matter. I’ll just make sure he’s my partner.”

Trump said it was good thing if the United States could “get along” with other countries.

Trump raised worries in Japan during his campaign when he appeared to question the long-standing U.S. alliance with Tokyo and said it was not sharing enough of the cost of the U.S. security umbrella.

Security, trade and currency policy are likely to be high on the summit agenda. Trump has criticized the lack of access to the Japanese auto market for U.S. producers and has accused Tokyo of using monetary policy to devalue its currency.

Abe was the first foreign leader to meet Trump after his November election win, but Trump has lumped Japan with China and Mexico as big contributors to America’s trade deficit. {nL4N1DJ2Y3}

Trump is expected to seek quick progress toward a two-way trade deal with Japan after abandoning U.S. participation in a 12-nation Asia-Pacific trade pact.

Abe said on Friday he was convinced Japan and the United States would be able to demonstrate an “unwavering alliance.”

U.S. Defense Secretary Jim Mattis wrapped up a visit to Japan on Saturday reaffirming Washington’s commitment to the defense treaty.

Japan is putting together a package of plans for Japanese companies to invest in infrastructure and job-creation projects in the United States for Abe to take to Washington. Abe is also considering increasing energy imports from the United States, according to sources familiar with the plan.

Trump has slammed his predecessor Barack Obama for spending too much time on the greens while in office. He has said he likes to use golf for business and was critical of Obama for using his tee times for relaxation rather than deal-making.

But Trump certainly shares the same passion for the game and Golf Digest magazine expects he will be the best-ever Oval Office golfer with a “low single-digit handicap.”