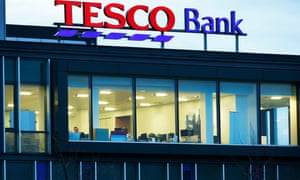 Two household names this week announced they are pulling out of mortgages, seemingly because the margins aren’t big enough.

On Tuesday, Tesco announced it had stopped new mortgage lending and was planning to sell its £3.7bn home loans portfolio. It currently has a little over 23,000 customers.

The next day it emerged that consumer body Which? is planning to close its mortgage broker arm.

Challengers withdrawing from the market is arguably a downside of the ongoing price war in the mortgage sector that is mainly good news for consumers: Andrew Montlake at broker firm Coreco says the mortgage market “has never been as competitive as it is right now”.

Tesco’s banking arm launched its first home loans in 2012. It says existing mortgage customers will see no change for the time being and don’t need to take any action. “We will write to all customers advising them of any sale and what it means for them once it has been agreed.” It says people’s mortgage rates and repayments will not be affected by any sale.

Meanwhile, Which? says it is “sadly proposing to close Which? Mortgage Advisers and Which? Insurance Advisers”, though business will continue as usual while a consultation takes place.

Nick Morrey at broker John Charcol says: “Which? began as a fee-free broker and realised that wasn’t viable. It subsequently moved to charging fees, but presumably found it challenging to generate an adequate return.”

The market’s competitiveness was highlighted by figures this week from financial data provider Moneyfacts.co.uk showing that the number of new home loan deals that offer incentives such as cashback, a free valuation or free legal fees has risen sharply. In May 2017 there were 920 mortgages that came with cashback payments, while this month the number stood at 1,518.

However, generally speaking, the advice is: do your research, take advice if necessary, and choose a deal based on whether it suits your financial needs and is competitively priced, rather than any ‘carrots’ that are being dangled in front of you.