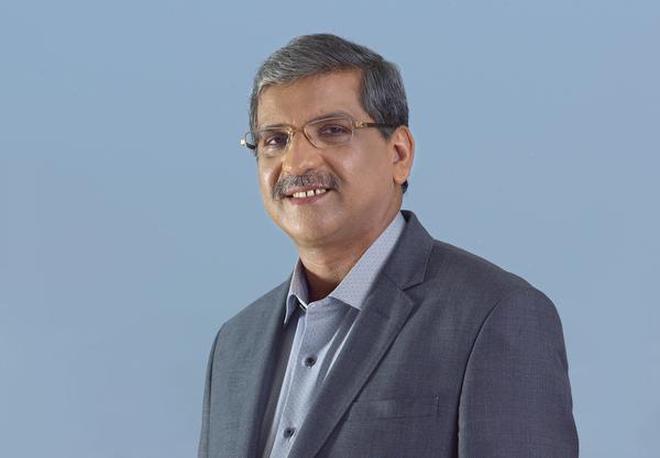 ‘Universal banks are not in a position to understand the needs of small-value customers’.

RBI had given in-principle approval for ten institutions to start small finance banks in the country. ESAF Microfinance, among them, is set to launch its operations as a bank from March 17. In an interview, K. Paul Thomas, founder and chairman, ESAF Microfinance said: “We have an interesting and innovative social product in the offing that can disturb the market dynamics.” Excerpts:

What is the significance of a small finance bank in India?

The financial inclusion agenda was first mooted during the 2005 period. The Swaabhimaan campaign was the first such initiative to cover villages with banking facilities. The initiative proved to be a failure due to lack of financial literacy and technology related issues. A few years back, Prime Minister Narendra Modi furthered the agenda by launching Pradhan-Mantri Jandhan Yojana and later by sanctioning licences to launch Small Finance Banks and Payments Bank. The recent digital push that we witnessed can also be considered as part of the overall agenda. The fact, that 8 microfinance institutions were selected from a total of 10 SFB licences, was a great acknowledgment to the contributions made by the Microfinance sector in the field of financial inclusion.

Universal banks are not in a position to understand the needs of small-value customers. But, MFIs have been practising financial inclusion for a long time and hence are in a better position to serve the underserved. The credit requirements of these customers are really low. In a country where majority of the population comes under the low-to-middle income group, this is absolutely important.

Many banks have started in India with the objective of inclusiveness. How do you justify your importance?

Universal banks have found it difficult to deliver the last-mile connectivity mainly due to issues like lack of proper understanding of the rural population, shortage of appropriate human resources and also due to cost issues. MFIs have employees who understand the rural customers and they are always willing to slog it out for reaching out to the poor. At ESAF Microfinance, we give emphasis to client convenience and financial literacy. We deliver door-step service according to the convenience of the clients. Unlike universal banks we have proved to be the true agents of financial inclusion.

As we understand various lifecycle needs of the rural customers better, we can develop products and services that aptly serve the assets and liability requirements of the customer. For the last two decades, we have been catering to the small-value loan needs of the rural customer. Now, we have an opportunity to deliver full bouquet of banking services to the rural folk, as they were badly missing it for quite some time. As an MFI we have set social targets for each branch apart from financial targets. We are bent on taking the same values forward and differentiating ourselves in a more meaningful manner in the banking space.

In India, co-operative banks have major presence and participation from people. You are likely to compete with them. How do you gather support to get business?

We are here to deliver a promise. Promise of offering personalised attention that has been missing from the entire banking scenario for a long time. This is important when banking is getting more transactional in nature. We know that the scenario is competent enough, unlike what we have experienced as an MFI. Hence we give emphasis to branding and have adequate plans to build the brand ‘ESAF’ through multiple platforms. As we communicated through an earlier campaign ‘we build the nation from the roots’, we will focus more on building the brand through community development. The proof of the pudding is always in the eating. So merely communicating without displaying the essence will only hamper our aspirations. So far we have grown mainly through word of mouth. The community initiatives we have envisaged for the bank will hopefully help us in delivering the same results. We have an interesting and innovative social product in the offing that can disturb the market dynamics.

In that context, RRBs and Local Area Banks have not really succeeded in picking up?

Failure of RRBs and LABs led to the formation of these new categories of banks. As I said earlier, the last-mile connectivity can well be executed by the SFBs, who were the leaders in the microfinance domain in various markets. In a country with more than 130 crore population, financial inclusion cannot be achieved through a single stroke. It’s an evolution. SFBs were borne out of that evolution and hopefully, I believe this time the authorities have struck the right cord with their objective. The RRBs and LABs were functioning under regulatory restrictions. Thankfully, all those constraints were removed for SFBs.

How many, among those given SFB licences, started business so far?

Out of the ten institutions who got the licence to start SFBs, five have already launched. ESAF Small Finance Bank will be the sixth in the genre. We will be launching as a full-service, small finance bank

Will you continue your micro-finance business?

Yes, instead of microfinance we are moving in to micro banking. ESAF Microfinance and Investments (P) Ltd, the current company, will continue to be a core investment company. The biggest advantage of becoming a bank is that we can give them higher loans and can encourage the savings habit among them. Going forward, ESAF Small Finance Bank will be the flagship brand of ESAF.

How do you compete with other institutions that have a lot more resources to muster business?

The brand ESAF has been built through service. Going forward also we will have ambitious plans to build the brand through service. Banks with almost 100 years of tradition may have more resources to offer. For us, it is an extension of our passion. Passion to build a society free of hunger and passion to save a society deprived of justice or in other words, we want to build a society with equal opportunities to all. The holistic vision of the organization is what drives us and we are here not just to do business. We have clear differentiation in our offerings and hopefully we can be a challenger brand to existing players. The ultimate beneficiary should be the general public and it is a win-win game for all. More than possessing huge number of resources what matters more is how to utilise the available resources. We are a socially focussed entity and we expect the socially focussed public to partner with us. We have some definite plans to bridge the gap between the haves and the have-nots. That’s how we will stand as a differentiated bank for all.

How many branches will you open in the initial stage? What are your expansion plans?

In the initial stage, we will open 85 flagship retail branches and 300 customer touch points through the year. In the long term, we have plans to reach around 500 branches by 2020. In the next financial year, we will expand our operations to all ten states where we already have presence and will also expand to north-eastern regions.