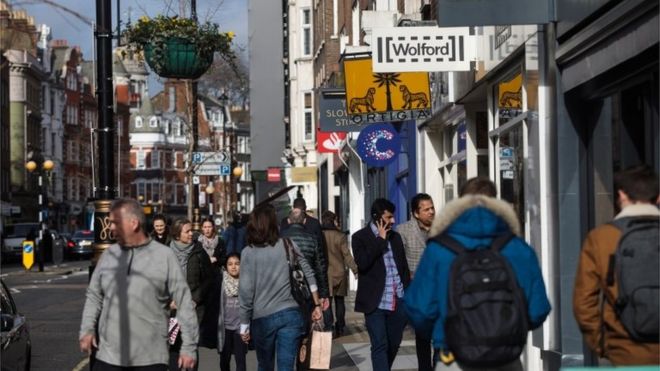 Retail sales slipped back unexpectedly in January, following on from December’s dip.

Official figures, from the Office for National Statistics (ONS), showed retail sales volumes dropped by 0.3% compared with the previous month, well below the 0.9% rise expected.

The ONS said the data indicated the first signs of a fall in the underlying trend since December 2013.

Figures earlier this week from the ONS showed inflation rose to its highest level in two and a half years at a time when wage growth was slowing down.

Fuel prices jumped 16.1% in January, the biggest changed since September 2011.

Kate Davies, senior statistician at the ONS, said: “In the three months to January 2017, retail sales saw the first signs of a fall in the underlying trend since December 2013.

“We have seen falls in month-on-month seasonally adjusted retail sales, both in conventional stores and online, and the evidence suggests that increased prices in fuel and food are significant factors in this slowdown.”

Analysts said consumers were becoming wary of spending at a time when employment and earnings growth was slowing and inflation rising.

Samuel Tombs at Pantheon Economics said consumers were starting to “crumble” in the face of inflation pressure.

Ruth Gregory, from Capital Economics, said: “January’s surprise fall in the official measure of retail sales volumes has brought the recent run of resilient economic news to an abrupt end. And the rest of the year is shaping up to be tough on the high street, given the expected squeeze on consumers’ real pay growth.”