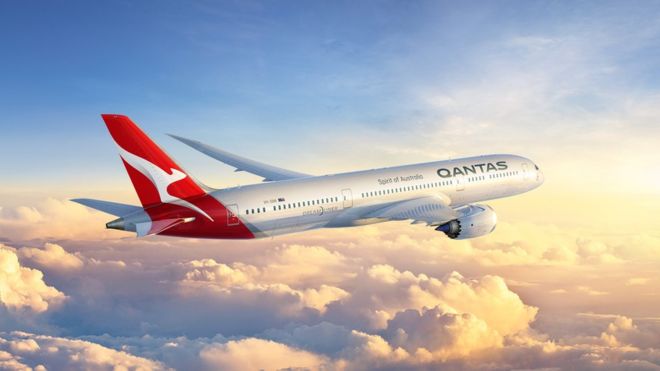 Passengers will be able to fly from London to Australia non-stop when airline Qantas launches its new service from March 2018.

Australia’s national carrier says it will connect Perth, in the west of the country, to the UK capital using Boeing 787-9 Dreamliners.

Perth will be a hub for passengers from eastern Australia going to the UK, tourism minister Steven Ciobo said.

He also said the new service would boost employment and tourism in Australia, a sector growing three times faster than the rest of the national economy, and one that supports 580,000 jobs.

Mr Ciobo also said that the UK was Australia’s third-largest source of international visitors, with 660,000 people travelling from there to Australia in 2015.

“Now it will take just 17 hours from Perth non-stop.”

He added: “The opportunities this opens up are huge.

The Boeing 787-9 Dreamliners used on the route will carry 236 passengers, Qantas said.

The new flights will make up the longest non-stop passenger route in the world.

The first air travel connecting the UK to Australia began in 1935, flying passengers from Sydney to Singapore, where services linked with London-bound flights.

However, the journey time to London was 12 days and included a section on a train.

Qantas launched its pioneering weekly service on the Kangaroo Route on 1 December 1947, initially taking four days and carrying 29 passengers and 11 crew from Sydney to London.

The announcement of the new route comes as Boeing also announced airline Iran Air was buying 80 of its passenger planes.