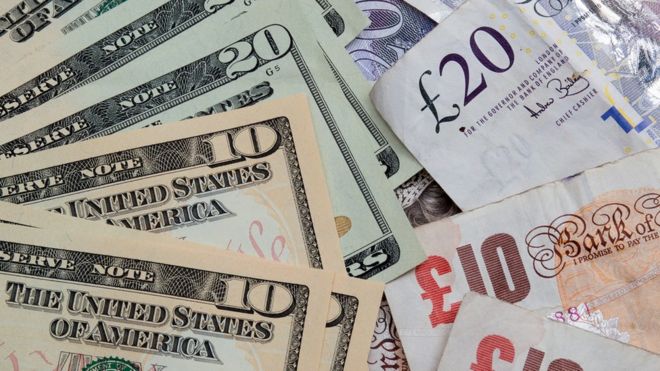 The pound has continued to recover ground following this week’s US election result.

The news will bring some respite to businesses that import goods, and to holidaymakers buying foreign currency.

It jumped further when figures on the construction industry were published, which were not as bad as expected.

One analyst said the US election had put concerns about Brexit “on the back burner”.

Donald Trump’s election as US President has also raised hopes that the UK may find it easier to negotiate a trade deal with the US.

“This is definitely a rebound after some very positive comments from President-elect Trump,” said Rupert Lee-Browne, chief executive of currency firm Caxton FX.

“He’s indicated he wants America and the UK to continue with the special relationship, and that has lifted spirits in the currency market.”

At the same time there are worries about political stability in Europe. Italy is facing a referendum on constitutional reform, and France will have a presidential election in April next year.

The High Court decision to force a parliamentary vote on Article 50, which triggers the Brexit procedure, has also helped the pound recover.

It eased concerns on the financial markets that the UK could exit the European Union without a good trade deal – a so-called “hard Brexit”.

“There’s an element of simply a shift in focus behind this,” said Jason Lawler, market analyst at CMC Markets.

“The phenomenon of Donald Trump as US President-elect has put Brexit on the back-burner, allowing the pound to creep higher.”

The pound’s recovery has happened in spite of speculation that US interest rates might rise when the Federal Reserve, the US central bank, holds its next meeting in December, a move likely to strengthen the dollar.

“But there is always the worry about Brexit – and that could bring sterling down going forward,” said Mr Lee-Browne.

Despite the slight recovery in recent days, the pound is still well below the levels it stood at a year ago when it was worth $1.52 and €1.42.