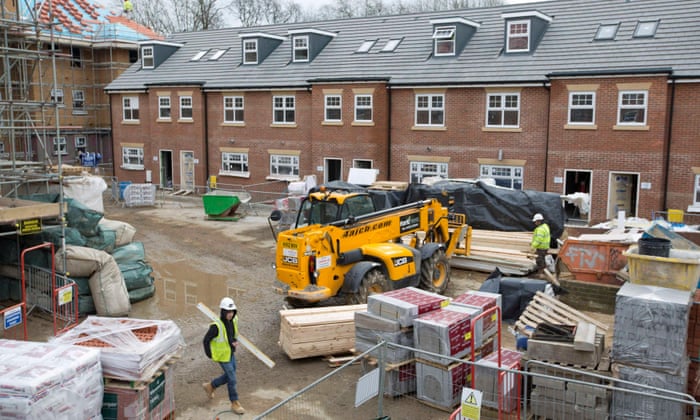 New home owners are being forced to sign gagging orders after making successful claims for compensation about the quality of their new homes.

The Guardian has been made aware of NHBC, the regulator of new homes, issuing gagging orders or so-called non-disclosure agreement that not only restrict the homeowner from contacting the media about the problems with their property but also talking to neighbours in the development.

An industry source who advises new home buyers in the south of England said one family they were working with had received an offer from NHBC to buy back their troublesome new home and pay their removal costs as long as they did not disclose the agreement. The source said of other clients: “People tell me they have problems [with their new home] but then they go quiet.”

The NHBC warranty – which is called Buildmark – is a form of insurance to compensate home buyers or fix faults in the new property if there are problems within the first 10 years.

Paula Higgins, chief executive of the Homeowners Alliance, said: “Gagging orders are unfair. NHBC are acting as if they have something to hide. As guardians of quality of new homes in Britain they should operate openly and transparently rather than resorting to desperate measures.

“Silencing those who have a reason to complain will make it more likely to push down standards in the industry rather than pushing them up.”

An NHBC spokesperson said it included a confidentiality clause in a “small number of rare circumstances”, but declined to disclose the number.

They said: “Buildmark is an insurance product. Claims made are settled either by NHBC arranging for repairs to be carried out, or paying the homeowner the cost of doing so.

“When we make a payment, we ask the homeowner to sign a letter to acknowledge that the payment settles their claim. These letters do not include confidentially or non-disclosure clauses.

“Only in a small number of rare circumstances will we include a confidentiality clause on settling a claim. In line with standard practice in the insurance industry, and to protect commercial confidentiality, this would be in specific cases that are subject to a formal legal agreement or when NHBC has agreed to meet the costs of a claim over and above the Buildmark policy requirements.”