As the decade is drawing to a close, it is looking very likely that Shahid Kapoor will be the only star, apart from Salman Khan and Aamir Khan, who will have two films in the top 10 grossers of the year. A couple of years ago, it looked like that Shahid would not even have a film in top 50 of the year. Kabir Singh will be sitting pretty at either number eight or nine in the list right above or below Shahid’s own Padmaavat. Shahid Kapoor in a still from Kabir Singh. YouTube

It was only the last year that people were saying that Shahid did not deserve much of a credit for the success of Padmaavat despite his stellar performance. Ranveer’s flamboyant portrayal of Alauddin Khilji hogged the limelight in the middle of a Deepika-Ranveer ‘craze’ sidelining Shahid, whose talent was never under a question. Even during the worst decade of Shahid’s career, his acting chops kept impressing everyone with films like Haider and Udta Punjab. Yet nobody was willing to give him the credit for Padmaavat, probably because of poor box office record since Mausam (2011).

“There were multiple actors and then there was Sanjay Leela Bhansali, the biggest star. Attention got divided in Padmaavat but Kabir Singh is completely on his shoulder,” says well known critic and trade analyst Taran Adarsh.  However, a few others insist that Shahid, too, deserved credit for the success of the film. “Shahid was incredible in Padmaavat,” says Akshaye Rathi, film exhibitor. “Ranveer had all the gimmicks to play with but for Shahid, it was only him and his acting talent. The dignity, the poise, the thehrav that he brought was incredible. Despite not having any of those crutches which Ranveer had, Shahid held his ground,” he adds.  Notwithstanding such glowing praise for Shahid alone, the trade was unanimous that the success of the film was due to Ranveer, Deepika Padukone and Bhansali, and not Shahid. Shahid Kapoor and Deepika Paudkone in a still from Padmaavat/Image from Twitter.

However, the beginning of the story was not like that. Shahid started with a fairly successful teen drama Ishq Vishq and after a few disappointments, delivered a huge all-India blockbuster Vivaah. It was followed by the superhit Jab We Met and the ground-breaking Kaminey. It looked like Shahid was in the race for the top spot in the generation of next superstars, who were supposed to take over from the Khans a decade ago.

But then came two dramatic upsets happened at the beginning of the decade. One was the fact that though Shah Rukh Khan did actually start fading away, Aamir and Salman suddenly started going from strength to strength. Secondly, Mausam, the magnum opus directed by Shahid’s father Pankaj Kapur, that was supposed to propel him to the top spot, came a cropper at the box office. This set him back not only much below Salman and Aamir but even his contemporaries like Ranbir Kapoor and Imran Khan, who started moving ahead of him with films like Ajab Prem Ki Ghazab Kahani, Rajneeti, Barfi, Yeh Jawaani Hai Deewani (Ranbir Kapoor); Delhi Belly and Mere Brother Ki Dulhan (Imran Khan).

To make matters worse, Shahid’s next lot of films, like Teri Meri Kahaani, Phata Poster Niklla Hero, Shandaar, Rangoon and Batti Gul Meter Chalu started falling like nine pins. Minor recoveries in the form of commercial mainstream came from R Rajkumar. Even when combined with critically acclaimed films like Haider and Udta Punjab, it failed to revive what looked like a career at the dead end. 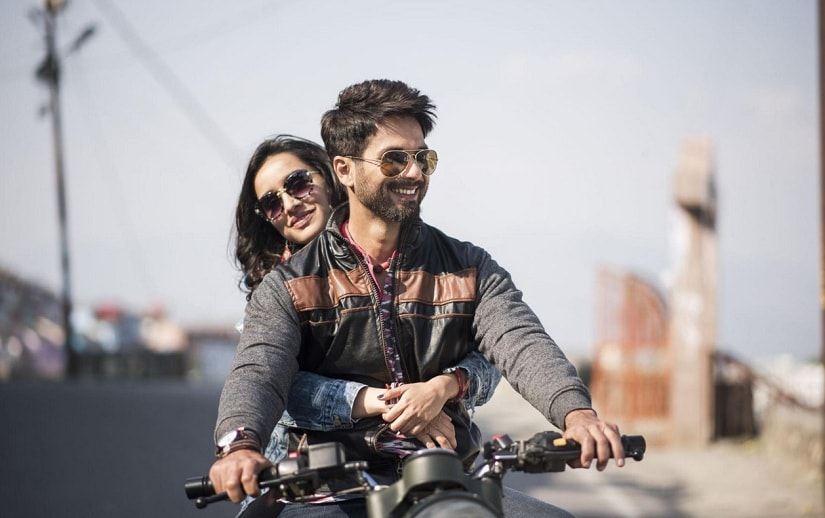 Shraddha Kapoor and Shahid Kapoor in a still from Batti Gul Meter Chalu. Image via Twitter/@shahidkapoorfc

“Appealing to that pan-India audience is very important to go further in life for an actor. If you appeal only to a sectional audience which could be metros, multiplexes or single screens then it leads to limitations as far as business is concerned,” said Taran Adarsh.

However, Udta Punjab director Abhishek Chaubey begs to differ and insists that nothing went wrong with his career. “Shahid is a very smart guy. He has chosen films very carefully and he has made some extremely brave choices. I am terribly happy that he has got success of this kind (with Kabir Singh). But nothing went wrong with his career. This film has given a fillip to his career and I am sure a long term effect on his bankability but he has made quite a few fantastic films and put in certain performances which are going to be memorable for a long time to come. With or without Kabir Singh, Shahid has had a career he should be extremely proud of.”

Counters Rathi, “It is because of his script selection that Shahid didn’t see success. We knew him as a damn good actor but right up to Kabir Singh, he was only trying to prove that he is a damn good actor. Rather than playing to his strong points, he is only trying to achieve the National award and not Rs 100 crore at the box office. He has all the potential to be a mainstream commercial star and heartthrob of the youth but he has been doing films like Haider and Udta Punjab.”

“We as producer, distributor, exhibitors, rely on those 10 stars for money to flow into the industry and when some of these stars decide to do meaningful cinema, as they call it, it is not their loss, it is the industry’s loss. They take their fee and go home but the industry suffers. All these victims of the Aamir Khan syndrome need to realise that,” asserts Rathi. Shraddha Kapoor and Shahid Kapoor in a still from Haider

The producer of Kabir Singh and T-Series MD, Bhushan Kumar, however, feels that it was no fault of Shahid. “Shahid was always a good actor but he made some wrong choices which happens with everybody. I, as a producer, also make so many wrong choices. But in these kind of roles he has always been appreciated, whether it was Kaminey or Udta Punjab or Haider. He has won several awards for these films. He did R Rajkumar with Prabhudheva and his call was right. You get excited with a role but it doesn’t necessarily mean that it will work at the box office. For instance, Shandaar was a superb package with Dharma Productions, with Alia Bhatt as his leading lady, it was a musical with proper songs in that shaadi ka atmosphere. But how can you think at that time that the film won’t work?  It happens and you can’t blame anyone for it. I don’t think anything went wrong in his career. It is just that when the correct time comes then everything goes right,” said Bhushan.

But everything did seem wrong because in Bollywood, only box office matters. The fact was Shahid was not able to cross even Rs 70 crore, while newbies like Sidharth Malhotra, Aditya Roy Kapur, Varun Dhawan and Tiger Shroff were crossing anywhere between Rs 80 to 150 crore. Padmaavat came like oxygen at this stage for Shahid. The film was a huge success but then came another dampener in the form of Batti Gul Meter Chalu and those saying that Shahid had no role to play in the success of Padmaavatstarted saying that their point was proven.

And then came Kabir Singh. The modestly budgeted film with a heroine not many had heard of and a new director from the South. The film has broken all records. It is the biggest hit of the year so far and — unless at least three films cross it within the next five months — it will remain at number eight or nine in the top 10 grossers of the decade. 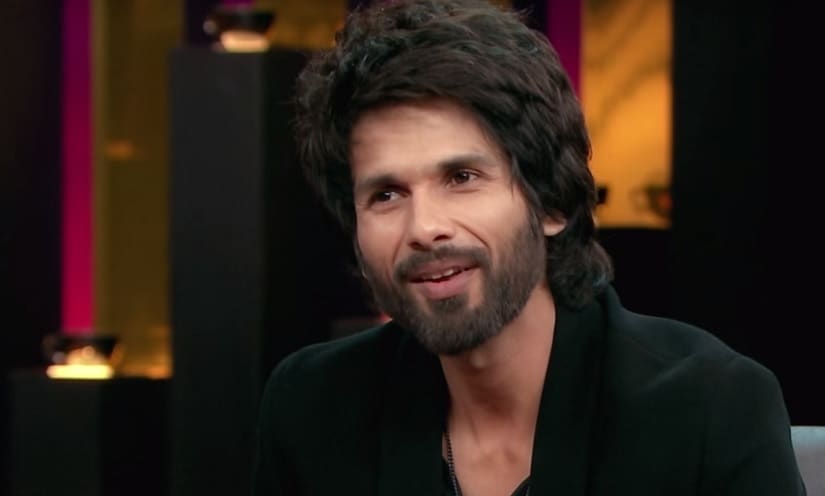 What does future hold for Shahid?  “It is a crucial phase for him and as they say the only thing tougher than failure is success. He has to be very careful now as he moves forward from this point on. I’m sure now every big producer and big studio will be running after him, which is a natural thing to happen. I can’t give him any advice or suggestion because I am sure he is quite aware of this himself that the choices that he makes now are going to be very critical because that will decide next few years of his career. Choose wisely is all I can say,” said Chaubey.

“It all depends upon his next film. We don’t know what his next film would be,” said Taran Adarsh. “It entirely depends upon the scripts he chooses and the fee he charges. His future depends upon the choices that he makes NOW,” said Rathi, while T-Series head honcho remarked, “Kabir Singh has definitely taken his career to a different level. His fan base has increased many folds.”

Nobody knows what Shahid’s next choice would be. What we know is if it is a big hit then Shahid will enter the next decade with a bang. He will probably be competing neck-to-neck with the biggest of Khans and all his contemporaries. And as they say, life is always about the choices that you make and Shahid’s next few will define his future.