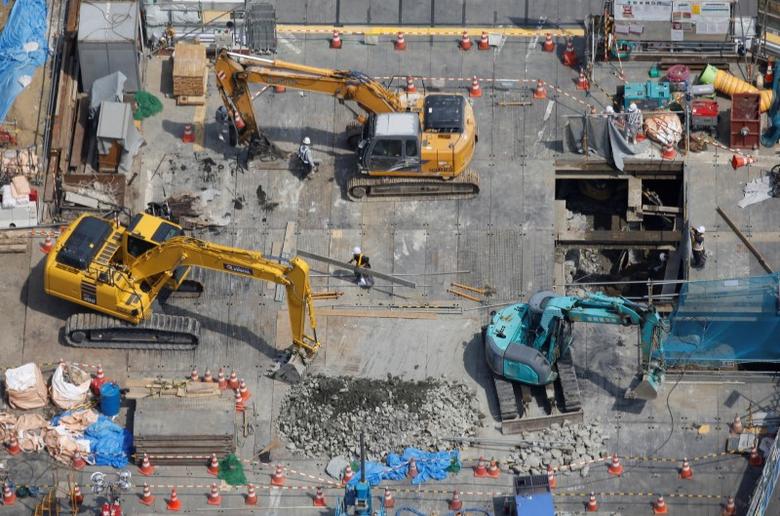 Core machinery orders, a highly volatile data series regarded as a leading indicator of capital spending, were expected to have slipped 1.7 percent in November following a 4.1 percent rise in October, the poll of 18 economists showed.

Core orders, which exclude those for ships and electrical equipment, were expected to rise 8.1 percent in November from a year ago after a 5.6 percent decline in October.

“The yen has weakened rapidly following the presidential election in the United States, but manufacturers will likely keep their wait-and-see stance because of uncertainty over President-elect (Donald) Trump’s trade policy,” an economist at SMBC Nikko Securities said in the survey.

“Core machinery orders have been moving up and down but they are almost flat if you average them out.”

The yen weakened as far as 118.66 yen against the dollar JPY=EBS in December but it stood around 114.90 yen on Friday.

The Cabinet Office will release the orders data at 8:50 a.m. on Monday (Sunday 2350 GMT). The Bank of Japan’s December corporate goods price index (CGPI) is due at the same time.

The December CGPI, which measures the prices companies charge each other for goods and services, was expected to fall 1.5 percent last month from a year ago, the poll showed.

That would be the 21st consecutive month of decline, although the rate which the prices fell was seen slowing for a seventh straight month in December.