Barcelona great Andres Iniesta has revealed how his father has been the biggest influence on his professional career.

The 35-year-old established his place as one of the world’s finest midfielders during a 16-year senior career at Camp Nou.

Iniesta won nine La Liga titles – only Lionel Messi, with 10, has more – among 32 titles with Barca, for whom he registered 35 goals and 87 assists in 442 league appearances.

He also won two European Championships and the 2010 World Cup with Spain, scoring the winning goal in the final of the latter against Netherlands in Johannesburg.

His success marks quite the journey for Iniesta, who was born in the village of Fuentealbilla close to Albacete in 1984 and first joined Barca’s famed La Masia academy at the age of 12.

Iniesta, now at Vissel Kobe in Japan, credits his father as the most important figure in his footballing life.

“My father was the most important figure for my career,” said Iniesta, courtesy of La Liga. “He was not my coach, not at all, but from very small I was always with him, he was the first person who gave me a plastic football out on the patio of our house.

“I always listened to him. He has given me his advice. Above all, he would always tell me that the most important opinion was that of my coach. I had to do what the coach told me, and that has always been very important.” 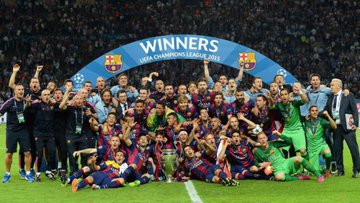 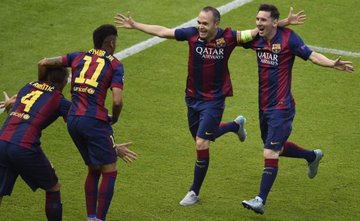 He continued: “I’ve always been very clear about what I wanted to do, that has always been the most important for me. The principal objective has always been to learn things to become a better player, respect those around me always. That has been my path.

“Maybe I would have done some things differently, I don’t know. There are things I did well, others not so well, but that’s life. When you make mistakes, you can correct them, and move forward.

Amid his numerous collective and individual titles, Iniesta ranks his debut as his top La Liga moment.

“I had the opportunity to play for many years, to experience unique moments, winning La Liga titles, winning important games, Clasicos and others,” he said. “There were difficult moments, but in general it was great. To be so long at such a high level, in the best league, was a real source of pride for me.

“As I like beginnings, my most iconic moment was my La Liga debut against Mallorca, and then playing at the Camp Nou against Recreativo de Huelva.”

He also holds fond memories of playing alongside a series of top Spain internationals during his Camp Nou days.

“Sergio Busquets, Jordi Alba, Xavi, Carles Puyol, David Villa… the good thing about football is that you meet great people and you share many things with them over many years,” he said. “Some of them you stay in touch with, others you don’t, but there are always great memories.”

Iniesta does admit it is important to hold interests outside of football, however.

“You never have that much spare time as a footballer, and even less these days,” he added. “You try and have some hobbies or pastimes, things that fill your time away from the game. The bodega [winery] that our family have had since 2010 is a very nice project. There is also the ‘Mikakus’ range of trainers. We try and do different social projects, things that keep you excited and interested.”