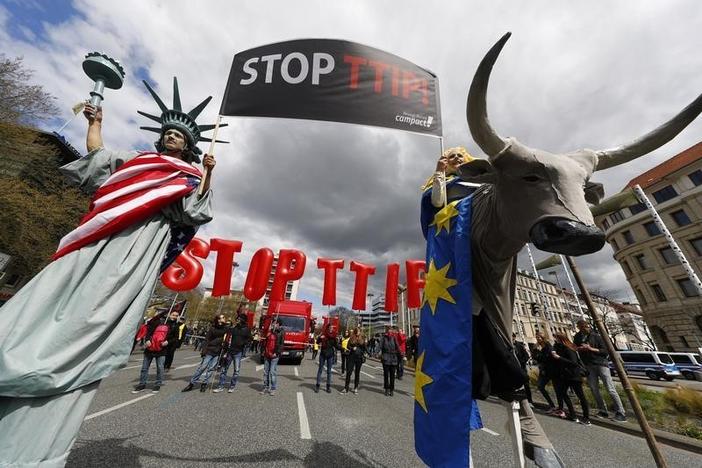 Germany’s Economy Minister Sigmar Gabriel said on Sunday that talks on the Transatlantic Trade and Investment Partnership (TTIP), a free trade deal being negotiated by the United States and the European Union, had essentially failed.

“The negotiations with the USA have de facto failed because we Europeans did not want to subject ourselves to American demands,” he said, according to a written transcript from German broadcaster ZDF of an interview due to be broadcast on Sunday.

“Things are not moving on that front,” said Gabriel, who is also Germany’s vice chancellor.

The U.S. and the EU have been negotiating the TTIP for three years and both sides had sought to conclude talks in 2016 but they have differences over various issues, including agriculture.