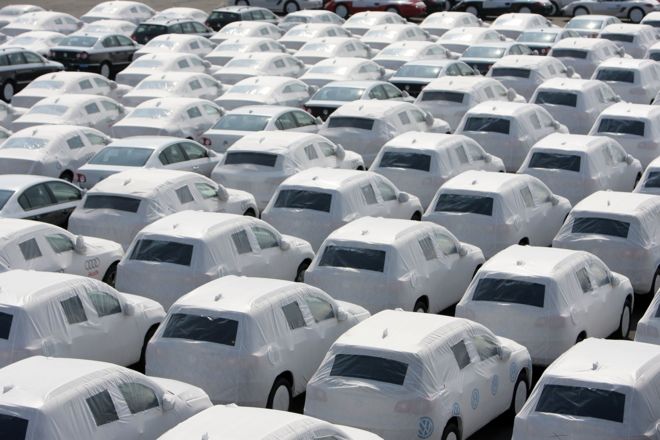 Germany’s economic growth slowed in the third quarter of the year, dented by weaker exports, figures have shown.

Europe’s largest economy grew by 0.2% between July and September, half the 0.4% rate seen in the previous three months.

This was slower than economists had expected and well below the 0.7% rate recorded in the first quarter.

“The development of foreign trade had a downward effect on growth,” said Germany’s Federal Statistics Office.

“Both household and state spending managed to increase further.”

Some analysts said that the uncertainty caused by Britain’s vote to leave the European Union may have counteracted solid domestic activity.

He added that there was a threat to the economy from Donald Trump’s US election victory if he follows through with campaign pledges to limit foreign imports.

“If Germany’s single most important trading partner, the US, really moves towards more protectionism, this would definitely leave its mark on German growth.”

The slowdown in Germany’s growth rate means the country grew more slowly than the eurozone as a whole in the third quarter, with the 19-nation bloc expanding at a rate of 0.3%, according to preliminary estimates.

Signs of slowing economies also emerged in other European countries, with GDP growth coming in below forecast for Norway, the Czech Republic, Slovakia and Hungary.

Italy bucked the trend, however, reporting slightly faster-than-expected growth of 0.3% in the third quarter, after a flat second quarter.