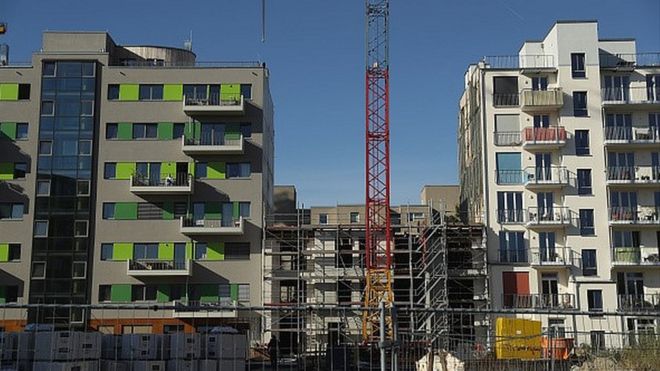 German business confidence has rebounded to a two-year high in September, according to the closely-watched Ifo survey.

In August, confidence plunged sharply in the wake of the UK’s vote to leave the European Union.

Those concerns seem to have dissipated for now.

“Companies are clearly more optimistic about the months ahead. They are also more satisfied with their current business situation,” said Mr Fuest.

However, some analysts were sceptical about the report.

“In all, we doubt that growth will be as strong as the Ifo now suggests,” said Capital Economics economist Jennifer McKeown.

“But it does suggest that the German economy will continue to outperform its peers and reduces concerns raised by the latest hard data that growth could be grinding to a halt,” she added.

Growth in the German economy slowed to 0.4% in the three months to June, from 0.7% expansion in the first quarter. However, the slowdown was less sharp than had been expected.