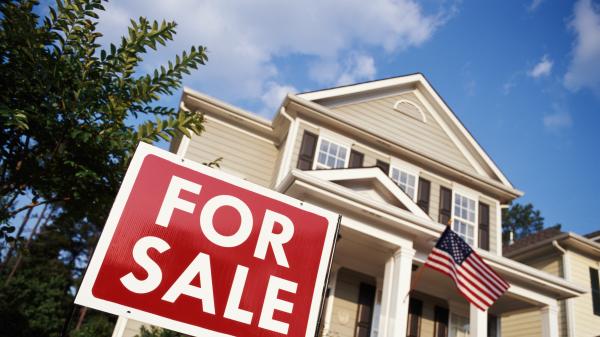 Last year at this time rates were at 4.56%. Freddie Mac chief economist Sam Khater said the recent drop stemmed in part from the trade dispute with China.

Bankrate’s mortgage rate trend index also predicts rates will go down even further in the next week.

Housing value also saw a decline in April of 0.1%, according to Zillow. This was the first monthly decline in housing value in 7 years. However, inventory is 1.7% lower than last year, meaning your options could be more limited if you’re in the market to buy. The average price of a home in April was $226,800, up 6.1% from last April’s average value of $212,000, according to Zillow.

While it may be a good time to buy, home buyers might be feeling cautious: in April, home sales fell 1.5%, after they were expected to gain 0.5%. And according to the Mortgage Bankers Association of America, mortgage applications fell 3.3% the week of May 24, after a 2.4% gain the previous week.

Freddie Mac predicts home prices will stabilize throughout 2019. While it’s still a tight supply for first time home buyers, it’s a buyer’s market for those buying expensive homes. Homes priced at the higher end are expected to have more price flexibility, as they remain on the market longer. Homes priced at $1 million and above had an inventory of 8.9 months, compared to homes under $250,000, which sold after 3.3 months, according to the National Association of Realtors.