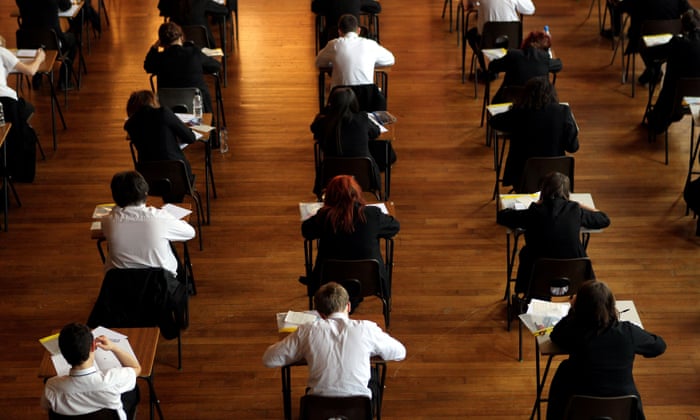 Young people need to be better equipped for the world of work. This is something that schools and government agree on, but there have been frequent criticisms of the careers information they provide.

Last week a report for the Social Mobility Commission found that children from poorer backgrounds face a “class earnings penalty” when they enter the workplace. And a recent Ofsted report found that of 40 schools, just four were providing adequate careers advice to their students.

Government-funded careers services came to an end in 2012, following the coalition’s Education Act. New legislation required schools to seek “independent and impartial careers guidance”, although no additional funding was allocated for this. Unsurprisingly, after the act was passed only 16.5% of 1,568 schools had maintained their previous levels of careers advice.

There is a risk among lower socioeconomic groups that uncertain career prospects leads to [pdf] an increased likelihood of becoming NEET, a young person who is not in education, employment or training. There have also been cuts to schemes designed to keep children from low-income families in school for longer. The education-maintenance allowance [pdf] was abolished in 2010, and projects such as Aim Higher are no longer funded.

“Social mobility is a huge concern, and it is vitally important to support young people from disadvantaged backgrounds with careers advice,” says Jill Woodcock, programme manager of Achieve at the Prince’s Trust. “It should be a high priority within schools to enable them to see what they can achieve, that perhaps goes beyond the generations before them. Without opening students’ eyes to these possibilities, it is unlikely social inequality will reduce.”

The trebling of tuition fees and a drive towards creating more apprenticeships[pdf] means that young people have a greater need for careers advice than ever before. The world of work is also changing rapidly – some professions are steadily becoming obsolete, and it’s estimated that the next 10 years will see a 60% increase in new jobs. Careers advice in schools needs to reflect this.

As the link between education and work is in flux – attitudes to apprenticeships, too, need to change. “The government needs to reach out to schools and show why apprenticeships should be considered a credible option. For many pupils and their parents, this will involve a cultural shift,” says Louise Shelley at Highgate School. Belinda Whitehouse, careers adviser at Dame Allan’s school in Newcastle, agrees: “Parents are less open-minded. We need to show students where to research for apprenticeships.”

“It’s essential to provide connections between students and employers, who basically want the same thing,” says Mark Weatherhead, vice principal of Ernest Bevin College in south-west London. The college was recently granted Stem-assured status, which supplies pupils with direct links to employers. The school’s enrichment week later this year will focus on the development of Battersea Power Station. “There’s going to be 30,000 jobs there in the future. I see my most important role as making our kids aware of these opportunities,” adds Weatherhead.

In order to teach – in state schools, at least – teachers need a university degree, so may not themselves be as familiar with the many routes into work. This is another reason why external advisers, and employers from a range of industries, need to be more involved. The Careers and Enterprise Company, formed in 2015, admitted last year that its target of recruiting 300 volunteer advisers (to offer around four million students career advice) would not be met. This type of mentorship, networking and communication between those already working in an industry and those who hope to enter it can inspire pupils, and it is vital. But it’s clear we cannot rely on volunteers alone to bridge the gap.

“The general consensus in the careers profession is that there is not enough advice being given to students,” says Lizzie King at Burntwood Academy. “The key determining factor is the value placed on careers by the senior leadership team.” The repercussions of these “patchy” provisions, where some schools are able to give significantly more access to services than others, will prove disastrous. There’s a lack of consistency across the board , which makes it hard to strategise effectively.

Schools are now relied upon to find time and resources to incorporate job advice into the curriculum. Ironically, those that have been marked as inadequate by Ofsted must concentrate on improving exam results, leaving little time for careers guidance tailored to those students who need it most.