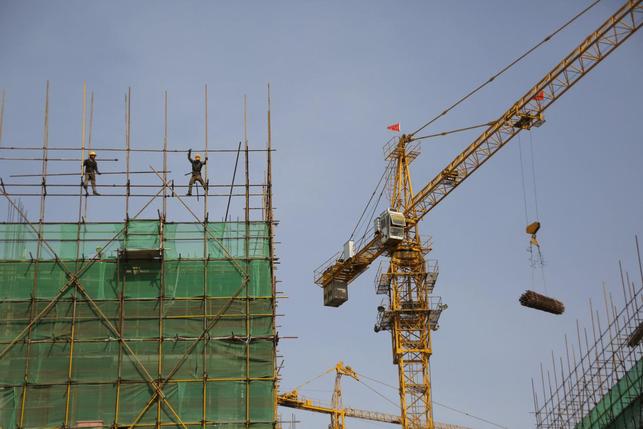 China posted its slowest economic growth since 2009 but a surge of new debt appears to be fueling a recovery in factory activity, investment and household spending in the world’s second largest economy.

That’s good news in the near-term, economists say, but many worry it marks a return to the old playbook used during the financial crisis, when Beijing hand-cranked its economy out of a slowdown through massive stimulus.

Official data on Friday showed China’s gross domestic product grew at an annual rate of 6.7 percent in the first quarter of the year, easing slightly from 6.8 percent in the fourth quarter as expected. However, other indicators released showed new loans, retail sales, industrial output and fixed asset investment were all better than forecast.

While analysts say the data is evidence of a bottoming out in the economy’s slowdown, some warn that the first quarter of 2015 got off to a similarly glowing start before a stock market crash later that year.

“What this shows is a stabilisation of the old economy,” said Raymond Yeung of ANZ, pointing to recovery in industrial production and fixed asset investment.

“I would still be a bit cautious about headline growth… last year’s 6.9 percent figure was underpinned by a massive contribution from financial services, and the strong loan and credit growth recently and the recent resumption of IPO activity suggests this could still be a big contribution.”

The National Bureau of Statistics said in a press conference in Beijing on Friday that while main economic indicators showed positive changes, “downward pressure cannot be underestimated.”

Global and domestic financial markets took the data in their stride. The NBS did not distribute quarterly GDP figures as it has in the past, saying it needed more time to calculate the figure.

Beijing hopes a recovery – even a credit-fueled one – can be sustained to avoid the need for more aggressive stimulus that could reinflate asset bubbles and make it more difficult to retrain Chinese firms to move up the value chain.

China’s retail sales growth quickened to 10.5 percent, while fixed-asset investment growth quickened to 10.7 percent year-on-year in the first quarter, beating market expectations for 10.3 percent, and industrial output growth leapt up to 6.8 percent, surprising analysts who expected it to rise 5.9 percent on an annual basis after a rise of 5.4 percent in the January and February period.

The NBS also noted that official unemployment remained low in March, around 5.2 percent, despite moves to cut capacity in bloated industries like coal and steel.

Critics, however, point out that many laid-off workers from old-economy sectors have been shifted into lower-paying government jobs, cleaning up offices – good for political stability but bad for wage growth and consumer spending.

At the same time official retail spending figures capture a lot of government purchases; elsewhere in the economy there are signs that ordinary consumption remains weak.

“Today’s released data ought not to distract from the fact that the structural issues facing China’s economy remain unresolved,” wrote Economist Intelligence Unit economist Tom Rafferty in a research note.

“It has taken considerable monetary and fiscal policy loosening to stabilise economic growth at this level and this effort has distracted from the reform agenda that is fundamental to long-term economic sustainability.”