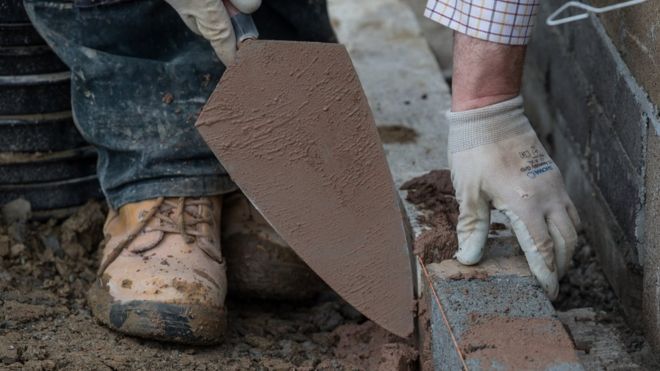 A “dark cloud of uncertainty” over global growth and the outcome of the EU vote is chilling growth, says the CBI.

It said Brexit uncertainty was having a “tangible impact” on spending plans.

But the forecast is based on the assumption that “we stay in – it’s not a forecast of the effects of Brexit,” said CBI boss Carolyn Fairbairn.

She said: “A dark cloud of uncertainty is looming over global growth, particularly around weakening emerging markets and the outcome of the EU referendum, which is chilling some firms’ plans to invest.”

“At present, the economic signals are mixed – we are in an unusually uncertain period.”

Household spending will be the main driver of economic growth.

The first rise in interest rates will not now be for another year, it said.

It forecasts the first move will be in the second quarter of 2017, to 0.75%, according to the business group’s forecast.

Ms Fairburn told BBC Radio 4’s Today programme: “I was with a building society in Wales recently where investment decisions and housing decisions were being postponed.

“I’ve been talking to advertisers, broadcasters who are seeing slowdowns in the advertising market and some construction companies, so pretty widespread across the economy people are waiting to see what the outcome will be.”

Asked if she agreed with the Governor of the Bank of England, Mark Carney, that Britain could go into a technical recession if Britain left the European Union, she said most economists would agree there would be a shock to the economy.

“How long and how deep will depend on how quickly we do trade deals.

“The process of leaving is very complicated – it’s likely to take a long time and trade deals are hard to do so our own forecast with PWC does also show the possibility of a technical recession. So yes we would absolutely agree with it, it’s a significant shock.”

Separately, growth in wages is likely to remain “stuck in the slow lane” until the end of the decade, according to a survey by the Chartered Institute of Personnel and Development (CIPD).

It suggests that pay will rise by 1.7% in the next year, as the “jobs-rich, pay-poor” economy continues.

Employees are unlikely to see much of a boost to their pay, the HR body, said after surveying more than 1,000 businesses.

Since the financial crisis, pay growth has struggled to keep up with rising prices. Last year, wage increases did outstrip the rate of inflation but levels are still historically low.

The latest figures are due out this week.

Low inflation, available skilled workers and a lack of productivity growth are working together to reduce the economic pressure for employers to pay their staff more, the CIPD said.

At the same time, firms are juggling increased costs to employing people.

Mark Beatson, chief economist at the CIPD, said: “The UK is now in its eighth year of productivity ‘go-slow’… employers are having to manage the consequences of government-imposed increases to the cost of employing people.

The new mandatory National Living Wage (NLW) came into force in April. It requires employers to pay workers aged 25 and over at least £7.20 an hour.

Mr Beatson said that it would be no surprise if companies chose easier options – such as reducing hours, benefits and pay rises as a result. He called on the government to give more practical advice and support for businesses.