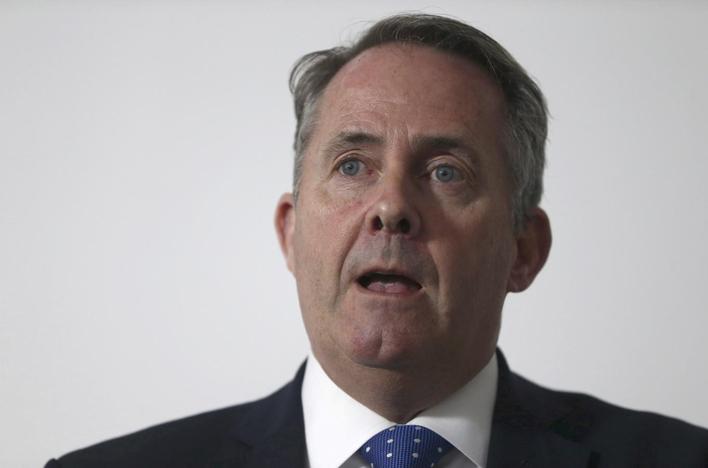 Britain as a trading nation has become “too lazy and too fat” and business leaders are more interested in playing golf on Friday afternoons than in seeking new export markets, International Trade Secretary Liam Fox was recorded saying.

Fox, who was a prominent campaigner for Britain to leave the European Union and says the country must forge new trading relationships with the rest of the world, was recorded making the comments during a drinks party with activists.

Trade was one of the main issues at stake in Britain’s EU referendum on June 23, which delivered the Brexit vote.

“This country is not the free trading nation that it once was. We have become too lazy and too fat on our successes in previous generations,” he told members of the right-wing group Conservative Way Forward on Thursday.

Those campaigning to stay in the bloc argued an exit would be profoundly damaging to trade, while those in favour of Brexit said it would give Britain the opportunity to look beyond Europe and export to other, more dynamic parts of the world.

But Fox complained of “companies who could be contributing to our national prosperity but choose not to because it might be too difficult or too time-consuming or that they can’t play golf on a Friday afternoon”.

A journalist from the Times newspaper who was present at the event recorded the remarks, which were widely played on British news bulletins on Saturday.

Lawmakers from across the political spectrum criticised Fox, who was a medical doctor before he went into politics.

“Britain is a fantastic trading nation which Brexit has harmed. Liam Fox must talk up UK business,” said Anna Soubry, a Conservative who campaigned for Britain to stay in the EU ahead of the referendum, on Twitter.

The opposition Labour Party said in a statement Fox’s comments were “offensive and crass” and were symptomatic of the Conservative government’s “shambolic approach to Brexit”.

“I ran a successful business, have never played golf on a Friday afternoon, hope I’m neither fat nor lazy. Liam Fox views are ignorant and rude,” Labour lawmaker Jo Stevens said on Twitter.

“It’s just absolutely disgusting. How dare he?” Richard Reed, co-founder of smoothie maker Innocent Drinks who was part of the official campaign to remain in the EU, told BBC radio.

“He’s a representative of us, of this country, and he turns around and slags us off, calling us fat and lazy.”

A spokesman for Fox did not respond to requests for comment. He was quoted by the Times newspaper as saying Fox was “committed to supporting the full range of businesses in the UK so that they can take best advantage of the opportunities that Brexit represents”.