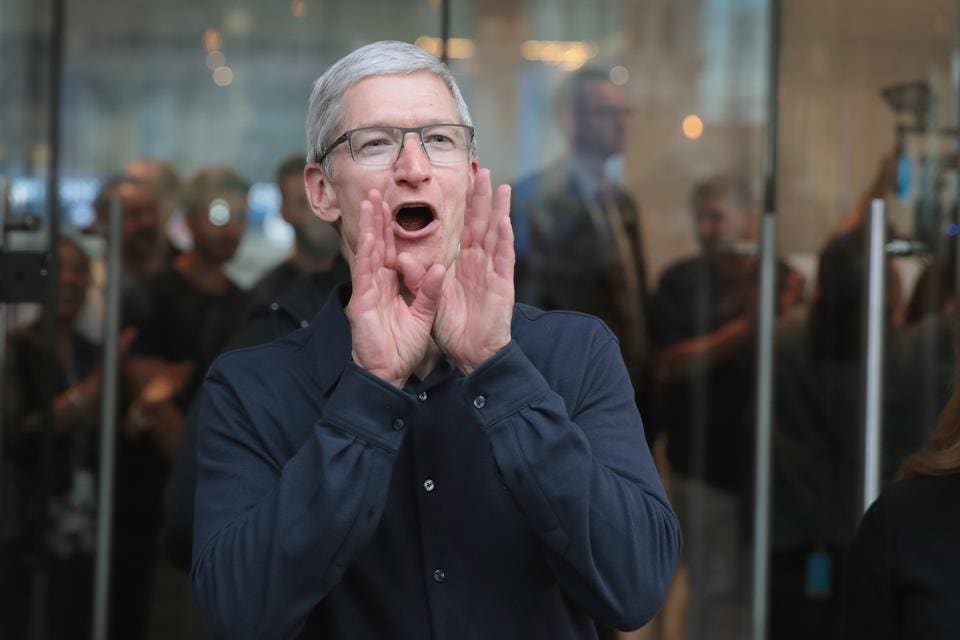 Thursday, Apple will report its biggest quarterly revenue ever thanks to the successful launch of its iPhone X. (Photo by Scott Olson/Getty Images)

Despite lower iPhone X sales than expected, Apple will report Thursday its best financial quarter in the company’s 41-year history, with over $80 billion in sales.

On this blowout quarter, Apple will again sell more iPhones than ever before at more than 80 millions units, including nearly 30 million iPhone Xs – according to Canalys – which represents over $30 billion in sales or close to 1/4 of Apple’s total revenues for the holiday quarter.

Which by any measure is extraordinary knowing the iPhone X initial production issues, component shortages and, most of all, its hefty price tag.

We also expect another remarkable quarter for the Apple Watch, which will help strengthen its position as the #1 wearable device in the market today, although the Cupertino, Calif.-company doesn’t break down sales information for its smartwatch. Instead, it groups it under its “other products” category, which includes Apple TV, Beats, iPods, Airpods, other accessories (Apple branded or not) and soon the HomePod speaker.

No “super-cycle”, just a normal one

However, the current March quarter seems to be more challenging for Apple as several of its component suppliers have reported that the tech juggernaut drastically slashed component orders for the iPhone X, cutting its production in half to 20 million units.

Which actually makes sense as the first half of the year is traditionally a much slower period for Apple with the calendar second quarter registering a major dip in revenue.

On a final note, although there’s a sense of panic this week with so many doomsday reports surrounding Apple’s iPhone strategy, which represents over half of its total revenue, we still expect 2018 to be another banner year for the tech giant which will soon roll out updated Macs, iPads, and Phone SE, and discontinue the iPhone 6S and not the iPhone X as some has wrongly suggested.