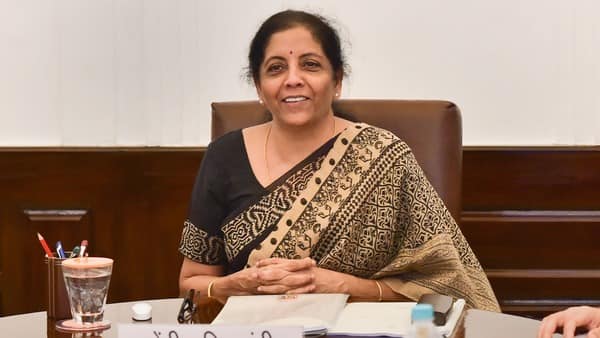 Finance minister Nirmala Sitharaman will meet foreign portfolio investors (FPIs) on Friday as she seeks to put together a package that will boost investor sentiment and arrest an economic downturn.

The meeting, to be attended by key finance ministry representatives including tax officials, indicated the government is open to reviewing an unintended tax burden on them proposed in the union budget presented on 5 July after having steadfastly rejected their pleas for a review earlier.

The increase in surcharge on the income tax outgo of certain classes of taxpayers earning above specified limits that hit certain FPIs organised as trusts has now come into force with the President signing the Finance Bill (2), 2019 into law on 1 August.

The meeting, to be attended by key finance ministry representatives including tax officials, indicates the government is open to reviewing an unintended burden on them following the budget proposal to increase tax surcharge on the super rich. The ministry had so far rejected their pleas for reviewing the surcharge on them.

The higher tax surcharge on the super-rich spooked FPIs, resulting in withdrawal of funds worth $1.93 billion in July.

The surcharge on certain FPIs, operating as trusts or as association of persons, came into effect from 1 August with the President signing the Finance Bill (2), 2019.

To grant concessions to FPIs, the government will need the approval of Parliament or may have to get an Ordinance promulgated as it cannot undo what is in the law with an executive order.

The shift in policy makers’ approach to the increase in surcharge — also called ‘super rich tax’ by many — on FPIs comes in the wake of a series of discouraging news on the economic front, forcing the government to start consultations with the industry from the beginning of this week.

Besides industry leaders, Sitharaman will meet officials from other ministries to stitch together a package while demands from the industry for a fiscal stimulus has grown louder. Analysts said besides the higher surcharge on FPIs, distress in sectors like automobiles and worries of a global recession and escalating trade tensions between major economies have put pressure on portfolio investors.

According to Ajay Bodke, chief executive officer and chief portfolio manager (PMS) at broking firm Prabhudas Lilladher Pvt Ltd, a rollback of the surcharge on FPIs will be strongly welcomed by the markets “reeling under unprecedented selling avalanche from FPIs after the union budget due to a host of domestic and international headwinds”.

The higher surcharge is applicable to individuals, Hindu Undivided Families (HUFs) and Association of Persons (AoPs), including trusts that are assessed as AoPs. It had been increased from 15% to 25% in cases where income is in the ₹2-5 crore range and from 15% to 37% in the case of those earning more. After a government official indicated on Thursday that the Centre was aware of the problems faced by FPIs and some relief may be announced soon, stocks surged, lifting the benchmark BSE Sensex by over 600 points.